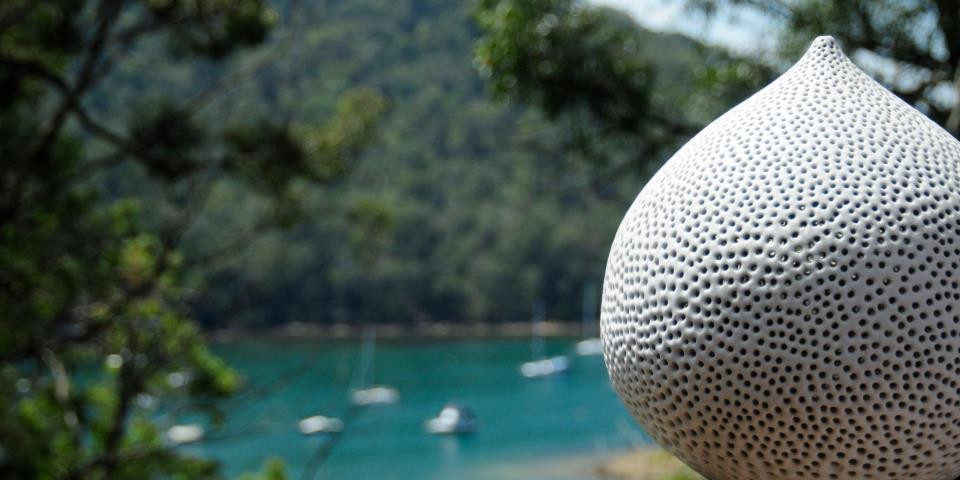 Willi Michalski’s work is created in stoneware, firing, one-off studio pieces with special emphasis on the firing techniques and glaze finishes.  Willi has researched gas reduction firing and glaze-on-glaze decoration over the past thirty plus years with resounding success. He often employs sculptural forms in his works.  His style is recognisable, particularly as he handles very large scale, generous pieces, which are difficult to execute. Willi’s practice shows his ability to wheel throw forms with great skill and his awareness of the complexity required when firing ceramic pieces to 1300 degrees centigrade in his gas kiln.

Willi career as a potter has been highlighted by many exhibitions, including solo shows, group exhibitions and his well known annual home show.   His works are represented in public collections in Australia, including regional galleries as well as in private collections here and abroad.

As a potter Willi understands the process that goes into making an artwork , the creativity required and the risks one needs to take to be able to translate ideas into artwork.

The development of a piece of pottery has many stages before it is finished.  One might think of an idea and begin the process on the wheel, then fire the piece. From this point on your inspiration is controlled by the kiln.  It is a difficult task as the pieces often change and are developed in the kiln.  The potter never knows what the finished work will look like, a true mystery.

Willi is pleased every day to go into his studio and start the process again. This is the magic of ceramics but also causes the heartache.

Willi Michalski is also known as a teacher for his patience and willingness to allow students to follow their interests, supporting them to create pieces that they will cherish. He taught literally thousands of students throughout his time at Mosman Evening College, as well as in other institutions. He is aware of the joy that comes, knowing they have made the piece themselves.

Willi Michalski master ceramist has been creating unique, ceramic pieces in his Australian studio for more than 30 years.
WM Ceramics have developed a following for their statement pieces. Recognizable particularly, for their closed form, large scale platters and exquisite glazes.
WM Ceramic’s studio is located in the beautiful Church Point part of Sydney’s Northern Beaches Australia. WM ceramics are well known to the Sydney community for Will’s commitment to teaching, his many solo and collaborative exhibitions.
As well as to his generous and dedicated international collectors. WM ceramic pieces are also represented in; Australian, private and public galleries, government commissions and private collections.
Enjoy exploring Willi Michalski’s ceramics.